We’ve been shaping the way students and young people travel and work abroad for 60 years.

Work and travel adventures for 18-30 somethings

All our team have worked or interned abroad

Over half a million happy travellers and counting 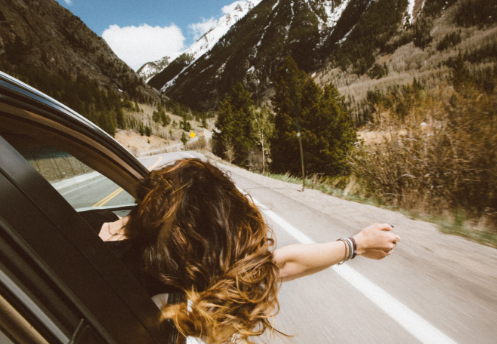 BUNAC was founded in an era of change. Kennedy was in the White House, Civil Rights Movements were on the streets, and change was in the air. Two students understood that crossing borders had the power to break down barriers and build cultural connections. They chartered a plane, started running trips for other students and BUNAC was born.

60 years later, this pioneering spirit has never been truer for our travellers. We belong to a generation who want to buck trends – not tick bucket lists. Who want to see the world with a purpose – whether that’s earning money on a working holiday visa, inspiring young people at a summer camp, or getting work experience on an overseas internship.

Our customers are genuinely like friends to us, and their trips are as familiar to us as our own. In fact, all our team travelled before they worked for us. What can we say, we’re honestly like a family. Meet some of the team behind your trip.

Adam is our original Captain America. Before hanging up his cape to work for BUNAC, he did Summer Camp USA eight times, Intern USA for 18 months and even moved to the States full-time to work as camp director at Camp Sloane YMCA. Just like Captain America, he’s strong and dependable – leading the team, solving problems and putting out fires. He’s also a black belt in martial arts. Roll over Steve Rogers, there’s a new superhero in town.

‘Friendly’, ‘supportive’, ‘so easy to get along with’. Nope, not Ben’s dating profile – but just a few of the words his customers use to describe him. With more five-star customer reviews than a Broadway musical, Ben is the ultimate travel whisperer – alleviating fears and bringing fun in equal measure. Having done a working holiday in Canada, multiple ski seasons and even worked as a ski instructor – he's also too cool for (ski) school.

Our resident dancing queen, Kate once performed for troops in Germany. Nowadays, when she’s not entertaining the office, she’s supporting our partners. Having travelled to 25+ countries, done a working holiday in Australia and Summer Camp USA, her knowledge is seriously on point. Committed and passionate – to our clients, she’s the perfect partner. In fact, they can’t stop raving about her. Okay, enough with the dance puns now.

Working abroad can be overwhelming. But go be you, we’ve got this. Visas, jobs, internship placements, travel planning, accommodation, arrival support... our team help take care of it.

Travelling will 100% shape how you see the world, but there may be challenges along the way. We’re honest about the thrills and the spills. And if you need us, we’re there 24/7.

This isn’t just a job for us. Yes, we’re a profit-making business, but we don’t believe in exploring at the expense of exploiting either our customers or the communities we visit.

1966 The Exchange Visitor Program (now known as Work USA) was created for UK university students to work over in America.

1971 BUNAC’s Summer Camp USA program was established, sending 351 happy campers to work for the summer in the States.

1986 After years of lobbying, the Canadian Government gave its approval for a flexible work program – to be called Work Canada.

1989 Our Work Australia program is launched.

2009 BUNAC becomes a UKVI sponsor for the GAE visa program and our Intern in Britain program is born.

2022/23 You read this and had the epiphany: ‘Why am I here, when I could be earning money and seeing the world?’. And promptly booked an appointment with one of our awesome Travel Experts. The end.